I am in the unfortunate position of working on two novels at the same time. I say unfortunate because this presents some risks.

The first risk is becoming a hack, meaning that I am writing two novels that have the same feeling… pace… plot twists, dialogue… characters, etc. This is similar to observations about Adam Sandler.  You are never seeing him as a new character… but you are seeing Sandler in a new situation. If I write two novels at the same time, they have the risk of feeling very much the same. Because I am aware of this, I think the characters and the pacing are different… the voice is different. But who knows. It might be hackish… using the same typecast characters over, and over, and over again…

Another risk is that I get lost working on both, and finish neither one. Although I don’t think that will happen, it is possible that one of the books does not get finished. Because I am working on two books, I might lose some of the “steam” required to finish both… become bored with one… and abandon it to some abyss of lost fiction characters.

That is a sad place for fictional characters to go… a lost space of forgotten characters. I suppose that’s what the Twilight Zone is for.

Writing is still fun… the characters still intrigue me… their problems are still fun puzzles… and making their lives miserable is still a joy (for me). But how many books is too many to work on at one time? At what point will it become a dizzying mess of words?

With Terminator Genisys (2015) coming out soon, my first thought was “why” are we getting another Terminator movie? It’s not that I didn’t enjoy the first two movies, but I am somewhat critical of all timeline story angles. Stories that involve altering timelines are always problematic because of temporal paradoxes.

So, that got me pondering. Who are the greatest female action-heroes of all time? I tried to limit it to live-action origin, or first visual was in a live-action film. This eliminates cartoons, video games, and comic books. With that said, let me give a nod to Wonder-Woman… without a doubt the greatest fictional female hero of all time. In addition, Angelina Jolie as Lara Croft is perfection. However… the Lara Croft films, which had video game origins, needed better writers and better directors.

Below are my top 5 female action heroes, but feel free to add others in the comments.

She came from District 12, a poor coal mining district, and survived the very dangerous and very political Hunger Games… a televised fight to the death.

In a world dominated by machines, Trinity is one of the top soldiers in humanity’s fight against the machines. She is clearly a soldier who shoes little fear in the face of overwhelming odds.

She fought the T100 and the T1000 when the life of her son was put in jeopardy by the time-traveling assassins. Instead of running away, she ran toward the danger to save her son… and to save the future of humanity. Probably the most noble of all the women on this list… and her action sequences were believable.

Jumping, slicing, and fighting her way until she finally finds Bill… The Bride is a powerful action-heroine.

I base this on Alien and Aliens, the first two movies of the Aliens franchise which were both really good. The acid bleeding aliens killed Ripley’s friends, and the aliens killed the Marines… but Ripley killed the aliens. The thing that separates Ripley and Sarah Connor from the Bride, is that Sarah Connor and Ripley feel iconic… whereas the Bride just doesn’t feel iconic to me.

So that’s my list. The top three were separated by tiny details, and on another day the top three might be in a different order. So what are your thoughts?

It is May 2nd, 2015… and I have seen the Avengers: Age of Ultron twice. I did not go to a Thursday night showing, but a friend and I went to see it twice on Friday. We purchased our tickets a few weeks ago. We watched Age of Ultron first at noon in IMAX 3D, and then again at 4 p.m. in regular 3-D. During the break between our first and second viewings, we discussed the various choices the writer/director Joss Whedon made in the film. This post is not about the Avengers… it is more of a reflection on what it’s like to have your work out there. Being judged. By the entire world.

Yesterday when I was discussing the movie with my friend, I was fine pointing out the good things about the film… and the things that might need improvement. But when I woke up this morning, I was reminded of my novel. My novel is currently marinating, which means I am not working on the novel, but other people are reading it to give me feedback to make it better. The novel, which will be released sometime this summer, will be available for the entire world to read. And to critique.

Will my book have places that could be improved or done differently? Yes. Will there be places of brilliance that should never be changed? I hope so. But the idea of having my work out there… not being read simply for enjoyment… but critiqued, is a concept I have not really thought about before. It’s kind of intimidating. I felt comfortable critiquing Joss Whedon’s movie from the comfort of my own chair… like many critics. Many online critics with anonymous handles (which prevent them from ever really being identified) are lobbing negative and positive reviews of the movie at Joss Whedon. Being anonymous allows people more freedom to critique. Some day, if my novel is even mildly successful, I will have anonymous reviewers lobbing positive and negative reviews of my work.

My friend and I both enjoyed the movie. Even though Age of Ultron failed to beat Harry Potter’s opening Friday with a paltry $84-million dollars, it has been very successful in it’s first two days in the U.S.A. (opened Thursday night). Some of the criticisms of Joss Whedon’s “Age of Ultron” seem mean-spirited, while others are more complimentary.

People feel really comfortable critiquing a movie, or a book, pointing out every flaw. But as an author, a creator of that work… it kinda sucks. How do you deal with the critical reviews of your work? Do you read them? Ignore them? Hide your head inn the sand? What do you do?

I am copy editing my novel.  Copy editing is not as fun as voice editing. In fact, copy editing is tedious and somewhat boring. For indie authors, I generally forgive some grammar/typos because I know they could not afford a copy editor. But I do not expect that same level of grace from someone who will read my book.

I am doing the best I can, and almost at the writing stage where I let friends read the book. This is what I call the marinating stage, because I will not be working on the book. But my friends will be reading it and giving feedback. I will use their feedback to make the book even better. But copy editing feels like I have ripped the soul out of the writing process. It no longer feels creative. It’s about form, structure, etc.

Once I officially start the marinating stage, it could involve a few rewrites 😦

I did my best to create dynamic, interesting characters. I generated an amazing, fast-paced story. Now I’m making the sentences readalicious. 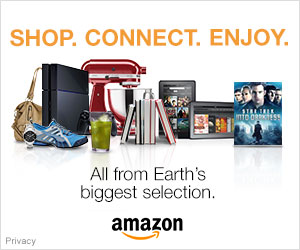